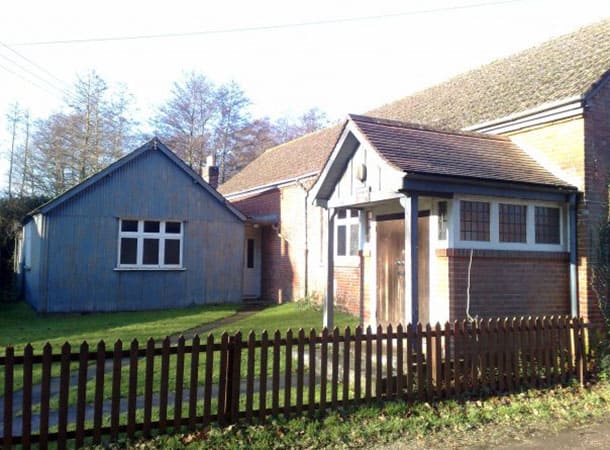 When the Parish Hall Committee completed the lease on the Hall in 2008 it was clear that it was essential that the facility required a major overhaul to become something fit for purpose.

A major project was to follow, but deciding what was required was the easy part; raising funds was much more of a challenge - and continues to be so...

Many local groups had stopped using the Hall.

They had gone other places, with better facilities. When the lease for the Hall was complete, the Committee knew that there was a challenge to tempt these and other groups back to Sopley. The main issues were heating and toilets.

Heat lamps hanging from the ceiling were the only heat source left (a boiler system had failed and not been replaced many years before). These were run by coin operated meters, but with the single glazed windows and nominal insulation, any heat created didn’t last long.

The least said about the toilets the better.

A list of suggestions was created out of the Parish Survey. A decent kitchen, return of the preschool, internet facilities, a community shop, sports were some of the many requests but those living on Priests Lane had a request that needed looking at first - parking! 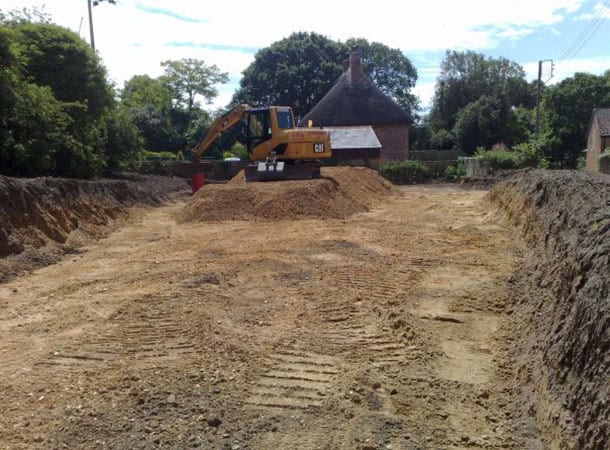 Parking on Priests Lane is minimal. It’s a narrow road, and local people were worried that a popular refurbished Hall would lead to a packed street with no room left to drive through or get into your own driveway.

As part of this early realisation, the lease for the Hall included a triangle of land on the opposite site of the road.

A £20,000 grant was awarded by COMAH and New Milton Sand and Ballast agreed to carry out the work, and cover any additional costs themselves.

The scheme was to dig out about 1.5m of sand and gravel, lay a “grass-crete” paving system, retaining vegetation, and a security gate, to provide parking for about 20 vehicles. 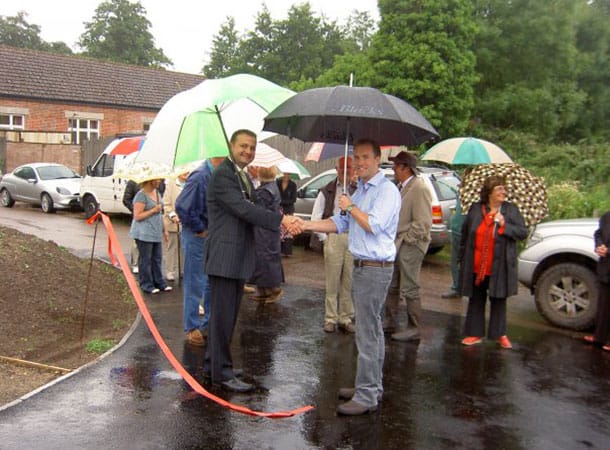 The newly completed Parish Hall Car Park in Priest’s Lane will officially be opened on Thursday the 16th July at 7pm.

Representatives from the local press will be there to record the event and we would like to encourage as many parishioners as possible to come along and show their support.

The creation of the car park is the first step towards the refurbishment, extension and modernisation of the Parish Hall into a facility that the whole community can use and be proud of.

Together with the ongoing pedestrian safety improvements in Sopley Village, the car park will greatly improve access to the Hall, opening it up to much wider usage by groups from across the Parish.

The car park project has been paid for a £20,000 Aggregates Levy Fund grant from DEFRA, financially underwritten by New Milton Sand and Ballast Ltd, who also project managed the design and construction work.

A great deal of hard work from many people has gone into making the project a success, but special thanks are owed to Trevor Poole and Darren Hazell of New Milton Sand and Ballast, John Salmon of Land and Mineral Management Ltd, Darren Yeatman of DGY Surveying and Engineering Ltd and Councillor Chris Treleavan of NFDC for their support and encouragement throughout.

We should also mention and thank the team from PHP Groundwork who have battled through the heat waves and downpours of the past month to get the work completed on schedule.

The final phase of the project – the landscaping and planting to fully restore the rural aspect of the site - will take place later in the year when the weather is better suited to seeding and planting.