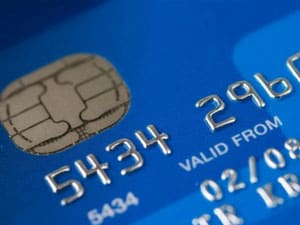 Police in Southampton, the New Forest and the Eastleigh areas are warning people about a bank card scam after a number of related incidents on Monday, December 16.

Police believe the scammers tried at least five times on Monday to carry out their con, and on one occasion they were successful.

In each case a person received a call from someone, pretending to be from the police, to say they may have been a victim of fraud. The scammer then tried to get personal information, including details about their bank cards.

If the person hadn’t become suspicious by then, they would be told to type their PIN into the phone keypad and told someone would come around to get the cards.

In one case a 45-year-old woman who lives in Shirley, Southampton, did as instructed, and a man came to pick up the cards which were later used to withdraw £100 before the woman realised what had happened and phoned her bank to cancel the cards.

The other incidents happened in Lyndhurst, Shirley and Portswood in Southampton and Eastleigh.

In each of the other cases the victims became suspicious and refused to hand over the details without carrying out further checks, and the caller quickly hung up.

Police are advising people to do exactly that and hang up if they are called by someone asking for bank details or pin numbers. They say end the call, take note of any phone number and call the police to report it. Do not give out your PIN.

They also recommend that if someone claims they are a police officer take their name and collar number and call the force they say they are from to check out if they are genuine.

Anyone with information about the scams and knows who may be responsible is asked to call 101 and report it.

Police are also offering this general information about telephone scams:

More information about phone scams can be found at www.thinkjessica.com