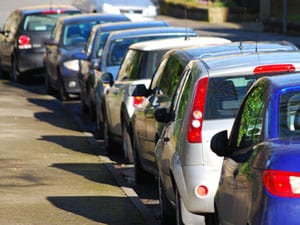 New Forest drivers are urged to secure their vehicle number plates as they are being targeted by thieves.

Following reports of car registration plate thefts from parked vehicles around the district, police are advising that special clutch head screws are fitted to secure them. These are inexpensive, simple to fit and widely available from motor parts retailers.

Alternatively, some vehicle owners have been using a strong adhesive on the screw caps to make the plates more difficult to remove.

The police are conducting operations to catch and convict those stealing plates and urge people to call them on 101 if they are victims of such theft or witness suspicious behaviour near parked vehicles.

The Safer New Forest Partnership has backed the initiative and has free packs of 4mm clutch head replacement screws available from the council information offices on a first come, first served basis.

Local garages and vehicle workshops have also been supplied with the replacement screws and can advise on the fitting of them.

Cllr Jill Cleary, NFDC portfolio holder for housing and communities, said: “Number plate theft is being investigated by police in the New Forest and we hope all vehicle owners will be vigilant. By taking the simple measures, such as replacing standard screws with clutch head screws, vehicle owners can avoid becoming a victim of crime.”

It is believed that the stolen number plates are fitted to cars to conceal their true identity then used to commit crimes, such as speeding, illegal parking, drive-offs from petrol stations and to avoid paying city congestion charges.

If your number plates are stolen, the Driver and Vehicle Licensing Agency (DVLA) advises owners to report the theft to the police. If you receive fines or correspondence after the theft, you should return them immediately to the issuing authority with an explanation and any documentary evidence.

If your plates are stolen, you can request a new number from the DVLA. For more information online, visit direct.gov.uk/en/Motoring/VehicleCrime/index.htm

It is an offence to display the wrong vehicle registration mark on a vehicle, with a maximum penalty of £1,000.

Log on to communitysafety.newforest.gov.uk and find out what is being done to make your community a safer place for everyone.