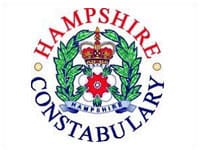 Police are appealing for witnesses after four men were injured in a road traffic collision in the New Forest.

Around five minutes past midnight (Monday, April 29), a black Renault Clio travelling from Lyndhurst on the A337 towards Cadnam came off the road.

The vehicle is believed to have collided with a tree before coming to rest down an embankment.

The driver and a rear seat passenger, both 21-year-old men, were able to get out of the vehicle. They suffered less serious injuries.

PC Phil Pentelow from the Totton Roads Policing unit said: “I’d like to thank the drivers and passengers of several vehicles, including a coach, who stopped to help at the scene.

“I would like to hear from anyone with information about the collision or anyone who saw the Clio driving prior to it.”

Anyone with information is asked to contact the Totton Roads Policing unit on 101.