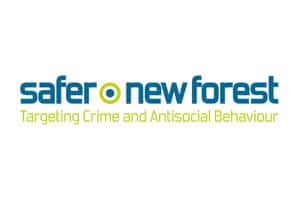 The Safer New Forest Partnership has issued a warning to campers about the dangers of barbecues.

Barbecues, whether gas or charcoal, should only ever be used outdoors and never taken into an enclosed space, such as a tent or caravan.

Even when apparently out, barbecues can give off colourless, odourless, tasteless and invisible carbon monoxide fumes, which can be deadly.

The life-saving message has been highlighted after recent campsite tragedies in Shropshire and the New Forest.

Once finished with, campers are reminded to ensure their barbecue is fully extinguished and is well away from any sleeping accommodation. Only approved heating sources should be used inside tents and caravans.

He said: “To prevent an increased risk of fire, barbecues should be used with care and in accordance with manufacturer’s instructions.   In rural areas, they should always be off the ground and never left unattended. Approved fuel and firelighters should only ever be used, never petrol or paraffin.”

Cllr Jill Cleary, New Forest District Council portfolio holder for housing and communities, said: “I sincerely hope that this crucial message about leaving your barbecues outside tents and caravans on campsites will be heeded – and help prevent further loss of life.”

For information about the work of the Safer New Forest Partnership visit: www.communitysafety.newforest.gov.uk or contact Stephanie Bennett on 02380 285588 or email stephanie.bennett@nfdc.gov.uk